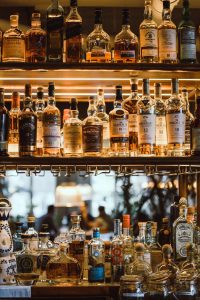 There are eight main types of liquor that are used in the vast majority of cocktails: gin, rum, tequila, vodka, whiskey, brandy, cognac, and Armagnac. Each of these liquors has its own unique flavour profile that makes it ideal for certain types of cocktails. For example, gin is often used in martinis because its botanical flavour profile pairs well with the dry vermouth that is also used in the drink. Tequila is often used in margaritas because its sweetness helps to offset the tartness of the lime juice.

Vodka is perhaps the most versatile of all the cocktail liquors because it has a very neutral flavour that can be easily paired with a wide variety of other ingredients. Whiskey is another popular choice for cocktails because it provides a smooth and rich flavour that can add depth to a drink. Brandy and cognac are often used in after-dinner drinks because their sweetness makes them perfect for sipping. Armagnac on the other hand, being a complex spirit, the selection of the liquor depends on the type of cocktail being mixed. A young, fruity Armagnac can be used in cocktails that are light and refreshing, while an older, more mellow spirit is better suited for richer drinks.

Gin has become one of the most popular spirits in the world of cocktails. Its popularity is due to its unique flavour, which can be used to create a wide variety of drinks. Gin is made from juniper berries, which give it a distinctively piney flavour. This flavour is often enhanced with other botanical ingredients, such as citrus peel or coriander. Gin can be enjoyed on its own or mixed with other ingredients to create a delicious cocktail. Being a versatile spirit that can be used in a variety of cocktails, it is often paired with citrus fruits, such as lemon or lime, and herbs, such as basil or mint.

Gin can also be used in sweeter drinks, such as the classic gin and tonic or the popular Aviation cocktail. When choosing a gin for your cocktail, it is important to consider the other ingredients you will be using. A lighter gin will pair well with fresh fruit juices, while a more robust gin can stand up to richer mixers like vermouth.
There are many different ways to enjoy gin, but one of the most popular is in a martini. A classic martini is made with gin, vermouth, and a dash of bitters. This simple yet sophisticated drink has been enjoyed by many for centuries. Today, there are endless variations on the classic martini, making it one of the most versatile cocktails to mix with gin. 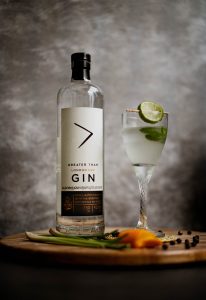 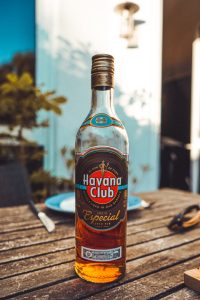 Rum is a distilled alcoholic beverage made from sugarcane molasses or sugarcane juice. The majority of the world’s rum production occurs in the Caribbean and Latin America. Rum is also produced in Scotland, Austria, Spain, Australia, Fiji, Reunion Island, Mauritius, India, Taiwan and the Philippines.
Rum plays an important role in many cocktails, such as the Daiquiri, Mai Tai, Pina Colada and Mojito. It is also used in cooking, such as in rum cakes and rum balls.
The flavour of rum varies depending on its type (light, golden, dark or spiced), age (young or aged) and origin (the country or region where it was produced).

Since there are many different types of rum, it can be paired with a variety of mixers and ingredients. For a fruity cocktail, try pairing rum with pineapple juice or mango nectar. For a refreshing drink, mix rum with ginger beer or limeade. And for a rich and decadent cocktail, mix rum with chocolate liqueur or coffee liqueur. No matter what you pair it with, rum is sure to add a touch of fun and flavour to any cocktail!

#Tequila is a type of Mexican spirit made from the blue agave plant. It is typically clear, although it can also be amber-coloured. Tequila is commonly used in cocktails, such as Margaritas, and can also be drunk neat or on the rocks.
Tequila is made in two main types: blanco (white) and reposado (rested). Blanco tequila is unaged and has a strong, pure agave flavour. Reposado tequila is aged for at least two months in oak barrels, which gives it a smoother flavour.
When choosing a tequila for cocktail mixing, it is important to consider the other ingredients in the drink and how they will interact with the tequila. For example, if you are making a Margarita, you will want to use a blanco tequila so that the agave flavour will not be overwhelmed by the other ingredients.
Although the most common association of Tequila is with the Margarita cocktail,  it can be used in a wide variety of cocktails. The most common tequila-based cocktails other than Margarita, are, the Paloma, and the Tecate.
Margaritas are traditionally made with lime juice, triple sec, and tequila. The Paloma is a similar cocktail, but it substitutes grapefruit juice for the lime juice. The Tecate is a simple mixture of tequila and beer.
There are many other possible variations on these basic recipes. For example, some people prefer to use lemon juice instead of lime juice in their margaritas. Or, you could try using different fruit juices in your Paloma – grapefruit, orange, or even cranberry juice would all be delicious! 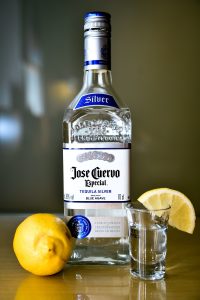 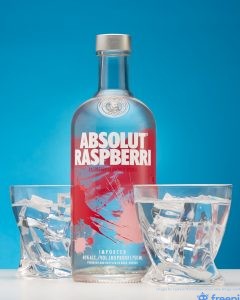 Vodka is a distilled spirit made from fermented grain or potatoes. It is the base ingredient in many cocktails, including the martini, cosmopolitan, and bloody Mary. Vodka is clear and has little to no flavour, making it a versatile mixer. It is also relatively low in calories compared to other spirits. Vodka is a versatile liquor that can be paired with many different mixers to create delicious cocktails. Some of the most popular mixers for vodka include orange juice, cranberry juice, and tomato juice. Vodka can also be paired with soda water or tonic water to create refreshing drinks. If you are looking for something a little sweeter, you can mix vodka with fruit juices or syrups. And of course, vodka can always be enjoyed on its own or with a simple lime wedge. No matter how you choose to enjoy it, vodka is a great liquor for making cocktails.

Cocktails and whiskey also became popular because they could be easily concealed. This was important since many people were breaking the law by consuming alcohol during prohibition. By concealing their drinks, they were less likely to be caught by authorities. Whiskey cocktails gained popularity and the poor quality of the whiskey produced under prohibition prompted speakeasy owners to serve them spiked with juices and flavours to make them taste better.

Whiskey’s use in mixed drinks and cocktails has become increasingly popular in recent years. bartenders have rediscovered the many ways in which whiskey can enhance the flavor of a cocktail. The smoky, woody flavor of whiskey can add depth and complexity to a drink, making it more interesting and enjoyable to drink.

Whiskey has also become an important part of cocktail culture. Bartenders and mixologists have developed a deep appreciation for the many different types of whiskey and how they can be used to create unique and delicious cocktails. There is a growing trend of bars and restaurants specializing in whiskey-based cocktails, which has helped to increase the popularity of whiskey among drinkers who may not have. 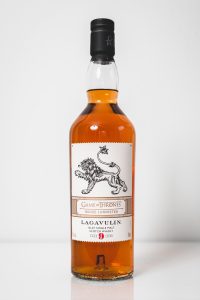 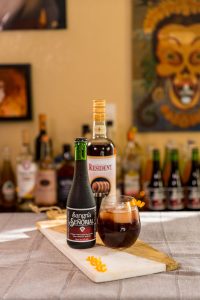 While brandy may be most well known for being enjoyed on its own, it also has a long history of being used in mixed drinks and cocktails. Brandy cocktails were especially popular during the 19th century, when bartenders would often use them to show off their skills and creativity. Today, brandy remains a popular ingredient in many classic cocktails, such as the Sidecar, the Brandy Alexander, and the Vieux Carre. When choosing a brandy for cocktail mixing, it is important to select one that is smooth and mellow, with a well-rounded flavor profile. A good quality brandy will add depth and richness to any cocktail, making it an essential ingredient for any home bar.

There are a variety of liqueurs and mixers that can be paired with brandy in cocktails. Some of the most popular options include orange juice, lemon juice, and Angostura bitters. Other less common but still delicious choices include ginger ale, pomegranate juice, and cranberry juice. No matter what you choose to mix with your brandy, the key is to experiment and find what you enjoy the most!

Cognac is a type of brandy that is made in the Cognac region of France. It is made from white wine that has been distilled twice and then aged in oak barrels for at least two years. Cognac is a key ingredient in many popular cocktails, such as the Sidecar, French 75, and Sazerac. It is also often used as a substitute for whiskey in classic cocktails like the Old Fashioned and Manhattan. Cognac has a complex flavour that is influenced by the terroir of the Cognac region, as well as the aging process. This makes it an ideal spirit for mixing, as it can add depth and nuance to a cocktail.
Cognac cocktails are best made with liqueurs and mixers that can complement the drink’s natural flavours. A few good options include Grand Marnier, Cointreau, and Lillet Blanc. Each of these liqueurs brings something different to the table, so be sure to experiment until you find the perfect cognac cocktail for your taste buds! 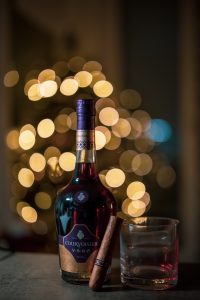 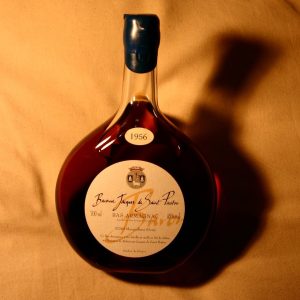 Armagnac is a brandy made in the Armagnac region of southwestern France. It is distilled from wine and typically aged for at least 10 years in oak barrels. Armagnac is a complex spirit with a wide range of flavours, making it a popular choice for use in cocktails. When choosing an Armagnac for mixing, it is important to consider the age and style of the spirit, as well as the other ingredients in the cocktail. A young, fruity Armagnac can be used in cocktails that are light and refreshing, while an older, more mellow spirit is better suited for richer drinks. WhatIfArmagnac.com suggests an organic Banyuls wine made from Grenache grapes as a suitable pairing for Armagnac. Ricard may be drunk as an aperitif or with an alternative to Armagnac for neat drinking after a meal depends on the drinker’s tastes and preferences. You might have grown up with the pangram "The quick brown fox jumped over the lazy dog" ( 32 letters ) , but did you know "Pack my box with five dozen liquor jugs" ( 31 letters ) has all the letters of the English alphabet too?